***All links and files are accessible by clicking on the blue highlighted area throughout the blog.*** 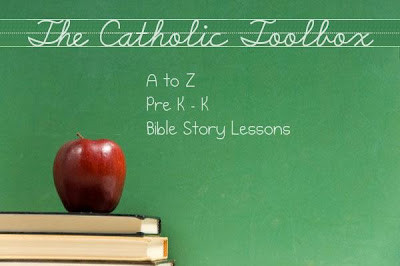 *The name Ahasuerus is equivalent to his Greek name of Xerxes, both deriving from the Old Persian language Khashayarsha.


Objectives: The children will be able to
- retell the story Queen Esther
- identify Esther as the woman that was chosen to be queen
- identify Xerxes as the king
- discuss that Esther was courageous and obedient
- discuss ways to be obedient even when it is difficult

Xerxes Word Wall- Word wall templates are large flash card printables that you can hang on the wall to aid children when they are learning or using new vocabulary words.

Purim is a Jewish holiday celebrating the salvation of the Persian Jews from Haman’s evil plot to have them all killed. It is tradition to use noise makers (gragger as they are called in Hebrew) to make as much noise as possible whenever Haman’s name is mentioned when you read the story. The purpose is to stamp down or blot out Haman’s name which comes from the book of Deuteronomy which says, “You shall blot out the memory of the Amalekites (Haman’s people) from under the heavens.” Encourage the children to boo or hiss when the name of Haman is mentioned and cheer when Esther and Mordecai are mentioned.

*Have the children say “X” whenever King Xerxes is mentioned for added fun.


Read story: “Queen Esther” from your own story book.

Then ask questions from below.

What was the name of the girl? Esther

Was Esther Persian or Jewish? Jewish

What was the name of Esther’s cousin? Mordecai

What was the king’s name? Xerxes

What did Mordecai warn Esther many times never to do? Never to tell anyone she was Jewish and not a Persian girl.

What did Esther become? Queen

Why did King Xerxes choose Esther to be his new queen? Because Esther was beautiful.

Mordecai heard about two men plotting to kill King Xerxes. How did Mordecai warn King Xerxes? He had Esther tell him.

Who planned to have all the Jews killed? Haman

What lie did Haman tell King Xerxes so he would allow him to kill all the Jews? Haman told King Xerxes that the Jews did not respect him or his laws.

Why couldn’t Esther see King Xerxes whenever she wanted to? She has to wait for King Xerxes to invite her.

What could happen to Esther if she went to King Xerxes without permission? He may become angry and have her killed.

How did Esther get to see King Xerxes? She invited him to dinner.

Can you name some ways to be obedient even when it is difficult? (Example: You come home from school and your friends want you to come out and play. You have chores you must do before you can play. What do you do?)

Introduce songs and/or finger plays: What was the name of the girl? Esther

daniellesplace.com- Haman was a Mean, Evil Man (scroll down to Songs)


perpetualpreschool.com- Purim Song: (Tune: If You're Happy and You Know It)

missionarlington.org- Esther Saves Her People (scroll down to Preschool Lesson)

Introduce craft: What was the king’s name? Xerxes

daniellesplace.com- King Ahasuerus’ Golden Scepter Craft for Kids (scroll down for this). Have the students make a scepter like King Xerxes had.

emanuelnyc.org- Make Your Own Purim Kazoo

Introduce game: Who planned to have all the Jews killed? Haman

Paint a backboard with a Haman face. Players try to hit the face with wet sponges.

Blow up balloons and draw "Haman" faces on them. Attach the balloons to a backboard such as drywall or thick Styrofoam. Players try to "pop Haman" with darts

Introduce game: What was the king’s name? Xerxes

Pin the Crown on King Xerxes

Xerxes- Be the first player to collect 4 Xerxes cards and win! 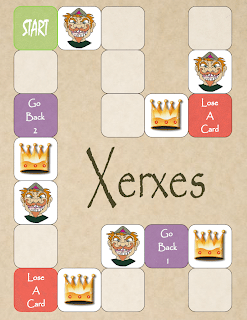 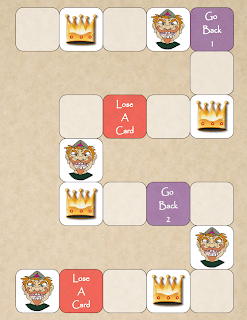 Optional: Play may continue until every player collects the four Xerxes cards.

Introduce snack: Who planned to have all the Jews killed? Haman

jewishrecipes.org- Hamantaschen (a triangle shaped biscuit said to be in the shape of Haman's hat)


Introduced snack: What Jewish holiday celebrates the salvation of the Persian Jews from Haman’s evil plot to have them all killed? Purim

perpetualpreschool.com- On Purim, it is customary to send baskets (containing at least 2 different types of food) to friend's and family. I like to use strawberry containers. Decorate with ribbon (weaving is a great activity for 3's and 4's!) and fill with colorful tissue paper and treats! The children are always excited to exchange their baskets!

pillsbury.com- Mini Soft Pretzels and Dip
Shape pretzels into the letter X and bake. Serve with or without the dip.

Prayers while students are doing worksheets and/or coloring.

ourpreciouslambs.files.wordpress.com- Esther and the King (coloring)

Bible Stories from A to Z by Mary Murray- Xerxes and Queen Esther (booklet for the children to color), page 128


lambsongs.co.nz- “The Very Brave Queen” by Richard Gunther (booklet for the children to color)


dltk-teach.com- What begins with X? (booklet for the children to color)

Bible Stories from A to Z by Mary Murray- X is for Xerxes (handwriting), page 129

first-school.ws- X is for Xerxes (handwriting)

dltk-bible.com- Esther on her way to King Xerxes (maze)

Posted by Amazing_Grace at 4:28 PM

Email ThisBlogThis!Share to TwitterShare to FacebookShare to Pinterest
Labels: A to Z Bible Story Lesson

For your convenience, we provide links to various other websites that may be of interest to you. We are not responsible for the content of such external sites or resources, and do not endorse and are not responsible or liable for any content, advertising, products, or other materials on or available from such sites or resources. We are not responsible or liable, directly or indirectly, for any damage or loss caused or alleged to be caused by or in connection with use of or reliance on any such content, goods or services available on or through any such site or resource. The Catholic Toolbox does not control such websites and is not responsible for their content nor is it responsible for the accuracy or reliability of any information, data, opinions, advice, or statements contained within such websites. These websites can change without warning making links inactive and/or the content altered. Please read the terms and conditions or terms of use policies of any other company or website you may link to from our website.

*What Should Catechists Do To Teach The Faith Effectively? Suggestions and tips to be the best catechist.

*What is the key to success when teaching CCD? Tips for success.